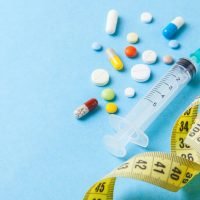 The global anti-obesity drug market, in 2021was valued at over $2 billion. Within one year this figure had skyrocketed to $8 billion and is expected to climb to nearly $ 20 billion by 2027. This astounding growth is a reflection of soaring obesity rates, and the arrival of a new class of weight loss medication fueling a craze both in the USA and across the world.

The FDA and global health regulators, until very recently, had maintained a very tight ship when it comes to treating obesity with medication, placing the emphasis on diet and exercise rather than weight loss drugs. Since the 80s, anti-obesity drugs continued to be controversial, and a more stringent FDA  implemented ongoing safety trials along with other precautions.   There is some speculation that a shift in attitude toward approval of weight loss medication by the FDA , is underway

Weight loss drug controversies are far from over and, in fact, may soon rival the amphetamine crisis of the 70’s. For that reason, metabolism.com has felt it important to provide our guide to weight loss drug issues, past and present.

Prescription drugs for lifestyle diseases such as obesity were marketed heavily throughout the 1950s to the 1970s. Amphetamines entered the public domain after the Second World War where they were used extensively in the military.

In the 50s, walk-in clinics prescribed diet pills with other medications almost at random, with or without genuine concern for one’s weight. These brightly colored pills became known as “rainbow pills”.

In the 1960s and 1970s, the so-called “rainbow pill diet” of pills was finally coming to an end as the FDA began to systematically ban many of the drugs involved. A high-profile expose by investigative journalist Susanna Mcbee, published in Life magazine, brought attention to this new modern public health crisis.

The rainbow pill diet combined amphetamines, laxatives, thyroid hormones, and even diuretics to produce extreme weight loss, combined with benzodiazepines, barbiturates, and steroids to reduce side effects, and antidepressants to suppress medication-induced insomnia and anxiety.

In 1968, rainbow pills were linked to over 60 deaths, with numerous accounts of their devastating impact surfacing in the news and media. Within just two months, 48 million pills were seized and destroyed. Nevertheless, amphetamine-based diet pills remained extremely popular throughout the 1970s. In 1978, some 3.3 million prescriptions for amphetamines were written each year, with some 50 million pills a year ending up in the black market.

In 1979, the FDA banned amphetamines as a weight loss aid, but that is hardly the end of the USA’s love affair with obesity medication.

The following drugs are presently available for long term use as of 2022:

The most prominent is Fen-Phen, which dominated the weight loss drug market in the 1980s when fenfluramine was shown to reduce weight by 7.5 kg (16.5 lbs.) on average in 24 weeks, compared to 4.4 kg (9.7 lbs.) with placebo. Then, in the 1990s, fenfluramine was combined with phentermine, and Fen-Phen was born.

Fen-phen was similar to a drug called Aminorex which was withdrawn in Europe after being linked to pulmonary hypertension and cardiac disease.

Fen-Phen remained on the market until 1996, when mounting evidence linked the drug to heart valve disease, among other cardiac complications. In 1996, a 30-year-old woman suffered from serious complications after taking Fen-Phen, later dying in 1997, which was somewhat of a turning point for the drug.

Wyeth, its manufacturer, tried to rescue Fen-Phen by changing fenfluramine to dexfenfluramine, but the FDA finally banned the fenfluramine component in September 1997, while phentermine remained legal. Fen-Phen’s legacy is a bad one, with 23% of all former Fen-Phen users’ hearts showing at least mild forms of valvular damage.

Belviq was originally rejected by the FDA, which voted 9-5 against the drug in 2010, partly due to potential tumor risk in rat studies, but primarily because of the drug’s low efficacy. However, the FDA approved the drug in 2012 after its manufacturer, Arena, submitted a new round of studies.

Fast forward to 2020, and early suspicions of cancer risk were confirmed true, with clinical safety trials finding at least an increased risk of pancreatic cancer, colorectal cancer, and lung cancer. In a trial of over 12,000 people taking Belviq, 7.7% developed cancer, equating to one additional cancer per 470 people. In addition to cancer, Belviq was widely marketed as the “first anti-obesity drug not to damage the heart,” a marketing tagline that still couldn’t protect it from its cancer risks. As a result, Belviq was formally withdrawn in February 2020.

A rather unique weight loss drug emerged in 2006 – Rimonabant. Studies showed that around 30 to 40% of obese people taking rimonabant lose more than 5% of their body weight, with 10 to 20% of subjects losing 10% more bodyweight than diet or exercise alone. In addition, Rimonabant acted on the liver to reduce triglycerides and other fats in the blood, making it potentially useful for treating diabetes.

Studies found that rimonabant caused depressive disorders or disturbed mood in up to 10% of subjects and suicidal ideation in around 1%. Those already suffering from depression, anxiety, and other mental health problems were particularly vulnerable. In one study, four of five participants who committed suicide in the study period were taking the drug.

Aside from its psychiatric impacts, rimonabant was linked to respiratory infection, insomnia, and flu-like symptoms.

Despite its promise, the FDA followed the European Medical Agency’s decision to withdraw the drug by never granting it approval, which probably also ends pharmaceutical experimentation with cannabinoids as anti-obesity treatments, at least for now.

The Controversial Use of Anti-diabetic Drugs for Weight Loss

In the last year or two, the use of the diabetes treatment, glucagon like peptide-1 (GLP1) receptor agonists, have become a worldwide phenomenon for controlling obesity. The chemical substance known as incretins, which form the basis for this class of drugs, was first identified in the saliva of a desert lizard and patented by Dr. John Eng in 1996. It took until 2005 for the first FDA approved medication, Byetta (exenatide), to come to market, utilizing this chemical for treating type-2 diabetes (D2M).

All GLP-1 agonists are subcutaneous injections except semaglutide; which comes in both injectable and oral forms. Names of some commonly prescribed GLP-1 drugs are mentioned below

Since diabetics have lower levels of the hormone incretin, GLP-1 agonists mimic this hormone and reduce blood sugar through influencing various organs. Firstly GLP-1 agonists increase the insulin release from pancreas secondly, they reduce post-prandial (after-meal) sugar levels by slowing down the rate at which the food travels in the gut and lastly these drugs influence the muscle to promote gluconeogenesis (a process of synthesizing glucose), increasing glucose sensitivity.

GLP-1 agonists although prescribed as anti-diabetic drugs, were soon recognized for their ability to induce weight loss. Weight loss varies across different subtypes, as liraglutide (Saxenda and Victoza) causes 10-15 pounds weight loss while using semaglutide (Ozempic, Wegovy and Rybelsus) can lead to up to over 30 pounds of weight loss. The latest addition to the list of drugs in this class is trizepatide (Mounjaro). FDA approved in 2022 for treatment of adults with diabetes, this novel drug has show the ability to lower body weight 20% in some individuals. Of note is that trizepatide incorporates the action of an additional incretin, GIP, which may be an advantage over the GLP-1 agonist only medications.

In August 2022, Metabolism.com had already covered the two GLP-1 drugs (Wegovy and Saxenda) approved by FDA for weight loss management. It is important to note that these drugs are not used for diabetic control.

The exact mechanism by which GLP-1 leads to weight loss isn’t fully known. However, in addition to the documented effects on the gastrointestinal system and pancreas, preliminary studies suggest that GLP-1 may also influence brain centers related to eating and weight control. These areas of the central nervous system are known to regulate appetite, and induce satiety (feeling full).

Wegovy manufactured and marketed by Novo Nordisk, was first approved by FDA in June 2021 for chronic management of obesity in adults. Since then, the drug has become exceedingly popular becoming one of the most highly prescribed drugs for weight loss. In December 2022, Wegovy (semaglutide) was also approved by FDA for the treatment of obesity in adolescents. Wegovy weekly injection is the first ever drug to be approved for obesity management in teens. The indications for Wegovy for adolescents include ages 12 and above with a BMI level at or higher than 95th percentile for the adolescent’s sex and age.

Around the same time as the popularity of Wegovy accelerated, sales of Ozempic approved only for treating diabetes but used off label for weight loss, began to deteriorate. In 2022 the manufacturer stopped sales of Wegovy reporting issues with the pen device used to inject the drug. According to reports the manufacturer plans to re-release this medication in 2023.

However, due to the Wegovy shortage, and since both Wegovy and Ozempic are the same medications just at different dosages, the public and some doctors started switching to Ozempic off label for weight loss, It is important to remember that Ozempic is only FDA approved for diabetes and not weight loss, so using Ozempic for weight loss is referred to as “off-label”.

Since then, the demand for Ozempic increased to the point that it has become the subject of investigative reports by national television stations, newspapers and even popular magazines. In response to the tremendous public interest and exorbitant profits, some practitioners and weight loss centers increased their off-label prescribing of them. Dr Disha Narang an endocrinologist and a previous advisor at Novo Nordisk says that she herself has seen patients “who have somehow gotten their hands on this (Ozempic)” through off-label prescriptions” because of social media popularity. Although Novo Nordisk makes both Ozempic and Wegovy the pharmaceutical giant publicly disapproved the practice of prescribing Ozempic as off-label for weight loss, hoping that the public and doctors will comply with US laws. This off label prescriptions has resulted in a shortage of Ozempic, creating difficulties for diabetic patients who depend on this medication for control of their disease.

Novo Nordisk clearly mentions the two drugs are not interchangeable and should be prescribed with extreme caution, as Ozempic has several contraindications and should not be used in patients with thyroid cancer and history of pancreatitis. FDA has now listed both Ozempic and Wegovy in shortage supply.

Weight loss drugs have rarely enjoyed a smooth course to approval, and the consequences for patients have been grave on more than one occasion.

While safety efforts have come a long way since the liberal prescription of “rainbow pills” in the 1950s, 60s, and 70s, there have been several high-profile controversies surrounding weight loss drugs. While several drugs remain approved today, there are multiple examples of these drugs producing undesirable effects requiring their withdrawal from the market.

The off-label use of drugs intended for treatment of other diseases such as diabetes, for weight loss, is just the latest in the checkered history of weight loss treatment.

Stay tuned to metabolism.com for a more in-depth look at the recent and rapidly growing controversy in modern weight loss treatments.

Disclaimer; This publication/article, as well as all publications originating at www.metabolism.com,  is/are for the sole purpose of information and education and is not intended as medical treatment or advice or in anyway to substitute for the care rendered by a personal healthcare provider. We acknowledge that in the rapidly evolving field of medical science and treatment, our publication may contain unintentional informational gaps and inaccuracies. If so, we appreciate feedback on these deficiencies so we may correct them. Only your personal health care provider can supply treatment and advice suitable for your needs. Users of www.metabolism.com understand that their use of the website is governed by the disclaimer and terms of use found at www.metabolism.com.