Weight Loss Drugs: An Overview for 2022 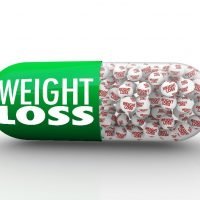 To help clarify the effectiveness, side effects and cost of weight loss drugs now available,  Metabolism.com is providing this breakdown for consumers.

Obesity carries a vast range of health risks that need little introduction. Obesity alone reduces life expectancy by around 3 to 10 years, or longer.

Despite the prevalence of obesity in the USA, only around 3% of sufferers take medication. Low uptake of obesity medication is partly due to patchy insurance coverage, as about 1/3rd of insurers don’t cover obesity drugs at all, including Medicare and Medicaid in around half of all states.

Private insurers may cover some FDA-approved obesity drugs, within limits. Insurance coverage is more likely when a patient suffers from comorbidities, such as diabetes, liver disease, or cardiovascular disease.

Overall, around 68% of all weight loss drugs are paid out-of-pocket. That may not be so bad for some of the older appetite-suppressant drugs, but most of the newer drugs cost hundreds or even thousands of dollars per month. 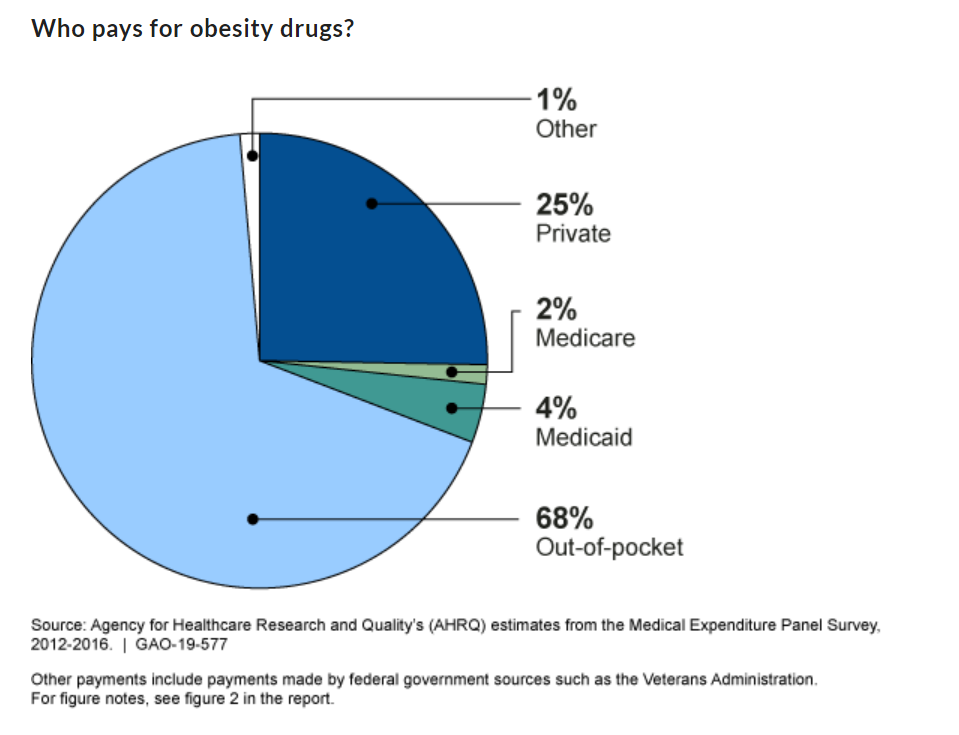 While no medication is a ‘magic bullet’ for treating obesity, medication can help some individuals, but there’s a lack of clear guidance about what is accessible and what isn’t.

Weight Loss Medications, Past and Present

Obesity medication didn’t gain popularity until the 1950s and 1960s, when amphetamine and its derivatives were marketed to a wide range of individuals considered overweight or obese. However, it’s important to remember that obesity was not nearly so prevalent then, and many prescribed this medication didn’t fall within modern BMI-based definitions of obesity. Weight loss medications were very much a ‘lifestyle’ drug.

Amphetamine-derived obesity medications were extremely popular in the 1960s and 1970s, not just amongst those who required them but also amongst practically anyone in the general public looking to lose any amount of weight. These drugs work by suppressing the appetite and stimulating the metabolism. They could be very effective in the short-term but quickly became associated with a myriad of severe long-term side effects when used for any length of time.

In the 1970s and 80s, a lively black-market accompanied legitimate amphetamine-derived pharmaceutical drugs, culminating in the “rainbow diet”, a combination of multiple pills that included amphetamines, thyroid hormone, digitalis, laxatives, diuretics, and sometimes even barbiturates to numb side effects. The film Requiem For a Dream dramatized this rather chaotic period of pharmaceutical history.

A flood of amphetamine-related hazards and deaths led the FDA to ban amphetamine in 1979. In the 1990s, dexfenfluramine (Redux), fenfluramine, and fenfluramine/phentermine (Fen-phen) usurped other amphetamine-derived appetite suppressants but were removed from the market in the late 90s. This was due to a growing awareness of serious and sometimes fatal heart defects caused by the fenfluramine component of the drug combination.

As an aside, in the past two decades methamphetamine, commonly known as “meth”, has been illegally obtained and abused by large numbers of people causing untold numbers of death and ruined lives. Severe weight loss has been a hallmark of the chronic meth abuser.  The widespread abuse of meth and its devastating effects on the community was a central element of the highly acclaimed TV series “Breaking Bad” , airing from 2008 to 2013

Today, there are fewer approved obesity drugs available than there once were, and due to their turbulent history, the FDA is slow to approve new drugs.

As of 2022, there are five FDA-approved medications for the long-term treatment of obesity:

In addition, there are four medications approved for short-term treatment (maximum recommended 12-weeks):

The short-term medications, phentermine, benzphetamine, diethylpropion, and phendimetrazine, are broadly stimulant-like appetite suppressants. They’re usually prescribed for the short-term treatment of individuals. Although generally safe their lack of pharmaceutical industry marketing and an association with a stimulant action has inhibited wider acceptance. .

Qsymia is the only stimulant-like appetite suppressant medication approved for longer-term use. It combines phentermine with a migraine medication, topiramate, which lessens phentermine’s side effects and risk profile.

The cost difference between Qsymia and other appetite-suppressants is huge – GoodRx states that the most common version of the medication costs $192.81, more than ten times more than phentermine on its own, which costs just around $8.12. As of 2019, Qsymia is no longer covered by most commercial insurers, nor Medicare and Medicaid.

In regards to phentermine, Cleveland Clinic called this class of drug a “jump-start” medication – effective in the short term and a catalyst for long-term lifestyle changes. This is how these drugs are intended to be used – they can be ‘switched’ on and off to keep weight in check while monitoring side effects.

Currently, phentermine is the most common weight loss drug in the US and is also one of the most affordable. While only intended for short-term use, the longer-term use of phentermine is not strictly enforced in many US states. Diethylpropion, benzphetamine, and phendimetrazine are used less frequently, as noted above, despite being covered by many commercial insurers and Medicaid in several states. In support of its safety and effectiveness, Diethylpropion, marketed under the brand name Tenuate, was shown in a university study in 2009, to induce a sustained average loss of 10% of body weight over 1 year without harmful cardiovascular or psychological side effects,

That leaves four other medications that don’t fall into the above category. These have been developed in the last decade or so, with the exception of Orlistat.

Here’s a brief description of each:

Orlistat is linked to kidney disease and a slightly higher risk of breast and colonic cancer in the long-term, though solid evidence is lacking.

Contrave works like an appetite-suppressant, containing naltrexone, an opioid antagonist, and bupropion, an antidepressant. This niche combination means this medication comes with a boxed warning that alerts doctors to possible negative mental health effects, including suicidal ideation drug. However, it can also help with depression and may even aid with smoking cessation, though it’s prohibited for use in that way. Contrave’s unique profile makes it one of the less-frequently prescribed weight loss drugs.

Saxenda is one of two approved weight loss drugs manufactured and marketed by the pharmaceutical company Novo Nordisk. It’s similar to the company’s newest drug, Wegovy. These drugs are glucagon-like peptide-1 (GLP-1) agonists, also used to treat diabetes under the brand name Ozempic and Victoza.

Studies conducted by the manufacturer found when used to treat diabetes they were also effective in causing weight loss, leading to the marketing of these drugs for the treatment of obesity. Saxenda is a higher-dose form of the company’s diabetes medication Victoza.

Saxenda works by activating GLP-1 receptors in the gastrointestinal tract slowing the passage of food within the intestines. This creates a sense of fullness reducing food intake. As treatment for diabetes these agents also enhance insulin release, and reduce glucagon release. As a result blood sugar levels decline.

Semaglutide is Novo Nordisk’s newest drug, called Wegovy. It’s a higher dose of the same company’s diabetes medication, Ozempic. It’s similar to Saxenda and Victoza but is taken just once a week via an injection pen (Saxenda is once a day).

It’s difficult to understate how similar Wegovy, Ozempic, Victoza, and Saxenda really are. These are all fundamentally glucagon-like peptide-1 (GLP-1) agonists and differ mostly in dosage, dose frequency, and cost. Wegovy costs more than double Ozempic.

Evidence of the long-term risk for GLP-1 medications at the high dosage provided by Saxenda and Wegovy is lacking. Right now, the risk and safety profile looks favorable compared to other medications, but this could easily change.

Wegovy is also the most costly obesity drug on the global market right now. In the USA, it costs around $1,627 before insurance. Dr. Fatima Cody Stanford, an obesity researcher at Harvard, told NPR: “Before I even bring up that drug [Wegovy] with my patients, I’m looking to see which insurance they are having on the left side of my screen — because that will determine whether I bring it up.”

Expensive Weight Loss Drugs: Are They Worth It?

Many patients can only access a small portion of obesity drugs, depending on their insurance program and location. Patients with diabetes, cardiovascular disease, hypertension, or other comorbidities are stronger candidates for coverage. Conversely, borderline obese patients with no other health problems are unlikely to be suitable for the most expensive medications.

Currently, 27 states provide no coverage of any commonly prescribed weight loss medication, according to Health Central:

Of the states that provide coverage, you’re only likely to receive one of the cheaper amphetamine-like drugs or Orlistat. The reality is that most people have to pay for obesity drugs out-of-pocket. Savings and manufacturer’s discount cards can help some individuals cover the cost, but the criteria tend to be limiting.

Overall, obesity medications have a checkered history and should be used and prescribed with the utmost care and attention to the individual’s health, needs, age,and medical history.

Pharmaceutical companies are continually lobbying for increased coverage of obesity medications. But, of course, there is a considerable payoff for pharma’s heavy marketing of obesity drugs to the state and to individuals. As the prevalence of obesity rises, so does the potential pay-off.

While obesity medications will help some people, there are currently no risk-free propositions.

Instead of weighing up the pros and cons of different medications, consider the extra benefits there are to gain from structured lifestyle changes. Losing weight is a fulfilling journey that massively improves overall quality of life for many.

In summary, medications can certainly help some people, but they’re far from a ‘magic bullet’ for weight loss.

The information, including but not limited to, text, graphics, images and other material contained on this website are for informational purposes only. No material on this site is intended to be a substitute for professional medical advice, diagnosis or treatment. Always seek the advice of your physician or other qualified health care provider with any questions you may have regarding a medical condition or treatment and before undertaking a new health care regimen, and never disregard professional medical advice or delay in seeking it because of something you have read on this website.