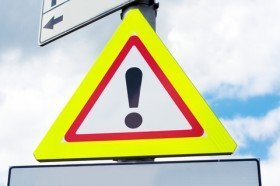 by Gary Pepper, M.D.
Chances are, if you have diabetes you have heard about a new class of drugs to treat high blood sugar (glucose). The first of these new medications to gain FDA approval in the U.S., in 2013, is Invokana manufactured and promoted by Janssen Pharmaceuticals and Johnson & Johnson. In the last year and a half the number of these drugs known as SGLT2 inhibitors, has multiplied faster than tribbles to include Farxiga, Xigduo, Jardiance and Invokamet. Prescriptions for these medications are also showing explosive growth, increasing 300% since January 2014. A recent forecast by Express Scripts calls for this one class of drugs to be responsible for about a 20% increase in the yearly cost of prescriptions per all members per year for the next 3 years . The explanation behind the eager adoption and dissemination of this brand new class of medications may eventually serve as a tragic lesson for diabetic patients and for the medical community in general.

The normal kidney regulates the amount of sugar filtered from the blood and passed out of the body via the urine. SGLT2 medications work by interfering with this natural process increasing the amount of sugar passing out of the body through the kidney. Due to the higher amounts of sugar passing into the urine complications of this treatment are bacterial urinary tract infections, vaginal yeast infections and infections of the penis. Increased frequency of urination and dehydration, and increase in LDL (bad cholesterol) also occur due to SGLT2 therapy. Much more concerning, in the last month or so the occurrence of a potentially life threatening build up of acid in the blood known as DKA (diabetic ketoacidosis) has been reported in those taking these agents. The unpredicted occurrence of DKA due to SGLT2 drugs should serve as a red flag for doctors and patients, but so far no public health alarms are going off although the FDA did publish an alert which will likely be unheeded due to its watered down nature.

When I first heard about SGLT2 inhibitors for treatment of diabetes I was immediately skeptical. How could blocking the normal function of the kidney causing more glucose to pass through it be good for this sensitive organ? Initial studies had not shown any immediate evidence of damage as a result of these drugs, which was good enough for the FDA to vote to approve them. However kidney complications typically take 10 to 20 years to develop so how are we to know the long term effect of these medications? In my opinion, this brand new type of treatment should have been studied for many more years before being launched into the general public.

I am not surprised that these drugs can cause DKA but I am more concerned about the potential they could cause other complications harder to recognize. In the early stages of type 2 diabetes, oral medications will help control blood sugar and slow development of diabetic complications. Over time the oral medications become less effective as the ability of the body to make insulin deteriorates. At some point it is highly likely that the pills will stop working all together and insulin treatment is required to prevent dangerously high glucose levels from developing leading to serious dehydration. If left untreated, a life threatening condition, hyperosmolar coma develops. My concern is that a person on pills for diabetes who is in the early stage of diabetic “burnout” may be given an SGLT2 drug. Weight loss is a warning sign of an impending hyperosmolar state but can also be an indication that the SGLT2 pill is working . It will be easy to mistake the weight loss as a good sign even though the medication is actually making the situation worse by accelerating dehydration, promoting the rapid emergence of the “hyperosmolar” state. A hyperosmolar state is harder to recognize than DKA but can be just as deadly. The population susceptible to hyperosmolar state is likely to be extremely large, larger than those who develop DKA. Expect it to take longer to recognize this as a complication of SGLT2 drugs due to confusion as to the cause and potential corporate foot dragging.

To my dismay, almost immediately after the FDA approved the first of the SGLT2 drugs, several professional organizations, including my own, readily added SGLT2 drugs to their diabetes treatment guidelines . More concerning still was that these organizations indicated through their guidelines that medications used for decades such as glimeperide and glipizide (sulfonylureas) as well as Actos (thiazolidinediones) be placed behind the new drugs in the treatment hierarchy. Not only were these well known older medications demoted but special warning symbols were added on the published treatment algorithm to highlight their “toxicity”.

How is it possible that within a year of approval by the FDA, a new class of drugs to treat one of the most common disease in the general population, replace two other classes of drugs with decades of experience behind them? Of these older medications the sulfonylureas (glipizide, glimeperide) have been available since the 1950’s and for most of the decades since, have been the most prescribed diabetes drugs in the world. Since many billions of dollars are at stake in this swift and dramatic turn in medical guidelines one need look no further than the trail of money to understand these events. First, the classes of drugs being demonized are generics. Generic drugs are much less profitable than the new branded drugs and are produced by small companies no match for the huge pharmaceutical companies behind the SGLT2 drugs. Secondly, and more difficult to accept, is that the distinguished endocrinologists who developed the new treatment guidelines are virtually all on the payroll of the pharmaceutical giants . Of the 34 experts who are listed as having produced the AACE guidelines, all list receiving payment as speakers or consultants from pharmaceutical companies . Of the 5 co-chairmen for the guidelines, all list at least 5 pharmaceutical companies from which money was received and the principle chairman, 15 separate companies. Of these 5 co-chairmen, 4 received money from Janssen or Johnson & Johnson or both, the makers of Invokana.

There is almost no one left among the diabetes leadership to stand up and take the heat from their colleagues and big business interests by casting a spot light on these dangers and short comings in the medical community. Only action by the public and health professionals without pharmaceutical company entanglements can raise the level of alert high enough to avert potential disaster. If this report disturbs you, please send your concerns to regulatory agencies requesting action be taken. Here is a list you can choose from but any method you are comfortable with is fine;

Call for Action
” I strongly urge that SGLT2 inhibitor drugs receive immediate review for potential unrecognized dangers such as hyperosmolar diabetic state and DKA. Professional guidelines should be immediately revised to take into account potential serious consequences of using these medications.”