Why Patients Arenâ€™t Receiving the Most Effective Treatment for Hypothyroidism
By Gary Pepper, M.D. 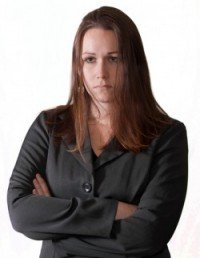 For the past 3 to 4 decades endocrinologists worldwide have adhered to the belief that only synthetic T4 (the most abundant of 4 thyroid hormones produced by the thyroid) is appropriate therapy for a sluggish thyroid even though it is known that a substantial number of those treated with T4 only continue to suffer from persistent symptoms of the disease. This may be because under normal conditions the thyroid produces two principle hormones T4 and T3. In 2013 an NIH study showed that 50% of those with hypothyroidism preferred treatment which includes T3 and our group reported that 78% of a subgroup of patients preferred T3 containing medication to treat hypothyroidism . Basic science research is finally illuminating the reasons behind T3â€™s ability to help patients achieve full relief of symptoms. Despite these advances, the organization representing the majority of endocrinologists in the U.S., the American Association of Clinical Endocrinologists (AACE), has refused to sanction this alternative approach (https://www.aace.com/files/hypothyroidism_guidelines.pdf ) and opposes the somewhat more liberal recommendations of its sister organization, the American Thyroid Association (ATA).  Dr. R. Mack Harrell, AACE President , in a recent interview states, â€œAACE fully appreciates the ATAâ€™s discussion of nascent T3 science in the treatment of hypothyroidism guideline, butâ€¦disagrees with the interpretation of this new T3 information and the translation of this new science into clinical practice.â€

Although Dr. Harrell portrays the concept of adding T3 to T4 in treatment of hypothyroidism as being in its infancy, this is grossly incorrect. Beginning at the turn of the 20th century treatment of hypothyroidism was rendered by giving thyroid hormone extract of pig or cow thyroid which contains both T3 and T4. After 1980, with the rise of branded synthetic thyroid hormone particularly Synthroid, market place forces eliminated combination therapy from clinical practice, and this is the way it has remained. Few, if any, endocrinologists now in practice have ever received training in use of combination T4 plus T3 therapy and regard it as foreign and even dangerous.

Fortunately new leadership is forming within the field of thyroid hormone treatment. At the forefront is Dr. Antonio Bianco, recently appointed Chairman of Endocrinology at Rush University Medical Center. Dr. Bianco and colleagues are clarifying how specialized “deiodinase” enzymes within the cells of the body balance the activation of thyroid hormone with deactivation. His team is demonstrating that differences in the genetic makeup of individuals can result in a subgroup with hypothyroidism requiring the addition of T3 to successfully treat their disease. Just recently the ATA has taken a somewhat less draconian approach to the issue of combination therapy. Their 2014 guidelines  allow a small amount of leeway in choosing therapy, ” For patients with primary hypothyroidism who feel unwell on levothyroxine therapy alone (in the absence of an allergy to levothyroxine constituents or an abnormal serum thyrotopin), there is currently insufficient evidence to support the routine use of a trial of a combination of levothyroxine and liothyronine therapy outside a formal clinical trial or N-of-1 trial….. Additional research targeting those with relatively low serum triiodothyronine concentrations, but normal thyrotropin (TSH) levels during monotherapy is needed to address whether there is a subgroup of patients who might benefit from combination therapy.” Although this is a small window of opportunity for using combination treatment it is the first such opening provided by a national medical organization.
There is cause for continued concern however, because despite being more forward thinking, the ATA is far from acknowledging the important role T3 can play in treatment of hypothyroidism. The wording of their recommendations could best be described as timid. Worse still, a full section (section 11) of the ATA guidelines expressly focuses on why it is unethical to exceed established medical guidelines, warning that those doing so could be punished with a jail term like Dr. Conrad Murray, who participated in the death of Michael Jackson, or lose their medical license in the manner of Dr. Michael Kamrava , the fertility doctor who implanted Octomom with 12 embryos.
We remain a long way from reconciling established treatment practices with new scientific advances. Lack of a profit motive is preventing pharmaceutical companies from joining the effort to broaden treatment guidelines. It is pharmaceutical money which typically paves the way for changes in medical practice in todayâ€™s world. With increasing knowledge of the science of thyroid hormone therapy, and by forceful public advocacy by several large organizations such as Thyroid Change, there is still hope that the worldâ€™s physicians will eventually be freer to make the best choices for their patients in the treatment of this common and sometimes devastating disease.