How the Sunshine Act Will Save You Money 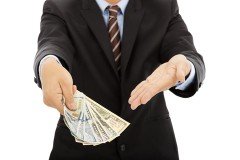 Have you noticed that medication costs are skyrocketing? Even if you donâ€™t take medication these higher costs are passed along to you in your health insurance premiums. The recently enacted Sunshine Act will combat these economic forces but in ways you may not realize. The legislation requires pharmaceutical companies to report all payments made to doctors. Physicians receiving substantial amounts of money from these companies include “thought leaders” who are sponsored by the drug companies to lecture the nationâ€™s doctors on newly approved medications. Not surprisingly the driving force behind the pharmaceutical company activities is corporate profit not education. By controlling the educators, drug companies are able to influence the prescribing habits of the nationâ€™s doctors. In almost every case the medications being promoted are much more expensive than existing medications, and donâ€™t always provide additional benefit. A case in point involves new drugs used for diabetes treatment costing 100 times more than the established, generic medications,Â  The Sunshine Act, by forcing disclosure of the financial relationship of the educator and the drug company, can help spotlight paid drug promotions masquerading as medical education.

The Sunshine Act is under attack by many in the medical field. The law is being called inaccurate, misleading and misguided. A full page editorial deploring the Sunshine Act as hurting medical education just appeared in the quarterly newsletter published by the primary organization of endocrinologists, the American Association of Clinical Endocrinologists. My thought is just the opposite. I believe the Sunshine Act will improve medical education which is now more and more dependent on money tied to drug promotion. When money received by individual doctor/teachers reaches the amounts revealed at the Sunshine Act website, the goal of the information being shared can no longer be trusted.

For those doubting this type of influence is already being wielded by the pharmaceutical industry, a prime example in the field of diabetes care is that of Dr. Talker (not his real name). After years of ground breaking research, the doctor now appears to be spending his time traveling the country paid by pharmaceutical companies to deliver promotional lectures. When Dr. Talker speaks the nation’s doctors listen. His latest focus is promoting the use of combinations of new drugs at an early stage of diabetes rather than following the standard approach of adding medications one at a time as the disease evolves. To maximize the impact of his comments, a front page banner headline was devoted to his lecture in Clinical Endocrinology News, a publication distributed free to doctors, supported by ads from the pharmaceutical industry. At this point the Sunshine Act illuminates a potential problem; specifically that Dr. Talker is highly compensated by the producer of two medications in the combination he advocates. The open payment section of theÂ  Sunshine Act websiteÂ  quickly reveals how much he received for his efforts. There are 15 pages of recorded payments to the doctor by drug manufacturers for the months August through December 2013 totaling approximately $112,000. Of these payments about $21,000 was from Astrazeneca, the company manufacturing 2 of the 3 drugs promoted by Dr. Talker.

Why should the public care about the influence the pharmaceutical companies wield over the nationâ€™s doctors? Using the example of the three drug diabetes treatment advocated by Dr. T, we can see what the economic impact is. Instead of starting treatment with generic drugs alone, which costs between zero (yes zero) to $41 dollars for a three month supply, Dr. Tâ€™s combination now should cost approximately $2200 for 3 months, based on existing prices of these medications. If the combination had been proven to be substantially better for treating diabetes than the generic alone, a patient might feel the price was worth it. However, there is no proven benefit of the combination over the generic alone. Furthermore, instead of being exposed to potential side effects of a single medication the patient will be exposed to three. Dr. T is lecturing from his individual viewpoint which happens to coincide with his sponsorâ€™s bottom line. The influence of higher costs for diabetes medications affects not just those paying for the drugs but everyone pays more reflected in the form of astronomical monthly medical insurance premiums and deductibles.

The Sunshine Act protects the nationâ€™s health care consumers. I urge you to join an internet campaign to support the continuation of this protection. Please leave a comment for Senator Bernie Sanders, head of the Senate subcommittee investigating the high price of prescription medications, with your own comment or the following words, â€œI support protecting patients from the consequences of pharmaceutical industry control of medical education. I support the Sunshine Act.â€ If Facebook is preferred, leave a comment on his page â€˜Senator Sandersâ€™ or you can contact the Senator on twitter, @SenSanders.

The opinions expressed here are solely those of the author who is not affiliated with any political party or pharmaceutical company.