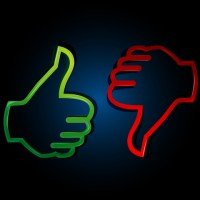 In a blog at metabolism.com several months ago, website visitors were asked to join an email campaign addressed to Dr. Mack Harrell, President of the American Association of Clinical Endocrinologists (AACE). The purpose was to ask help reversing the existing practice recommendation # 22.4 published by the AACE in 2012, calling for a ban on the use of Armour Thyroid in the treatment of hypothyroidism.  With over 800 individuals participating, the campaign appears to have achieved some success as the latest AACE treatment guidelines  released last month no longer stipulate that desiccated thyroid is unfit for treatment of hypothyroidism. Instead the statement is issued, â€œ We recommend that levothyroxine be considered as routine care for patients with primary hypothyroidism, in preference to use of thyroid extracts. â€œ,   andâ€¦. â€œ Furthermore, there are potential safety concerns related to the use of thyroid extracts, such as the presence of supraphysiologic (unnaturally elevated, ed.) serum T3 levels and paucity of long-term safety outcome data.â€

Clearly this is not an endorsement for the use of desiccated thyroid but it does open the door for its use when the clinical situation is appropriate. Until now, a prescriber could face the accusation of recommending toxic treatment, if held to the AACE standard.

In overturning the prior ban on Armour the new AACE recommendations refer to a study done at the NIH by Hoang and colleagues published in May 2013 in  Clinical Endocrinology and Metababolism  which showed that desiccated thyroid could be used safely and effectively in treatment of hypothyroidism.  In this study, about 50% of the individuals treated at different times with levothyroxine and Armour preferred Armour, while 19% preferred levothyroxine. Since the time of publication of the NIH study, Paul Cassanova-Romero  and myself, published our study showing that almost 80% of people who had inadequate relief of hypothyroid symptoms on levothyroxine, preferred Armour Thyroid treatment.

In explaining the new stance of the AACE on use of desiccated thyroid, the committee also referenced a growing understanding of the diverse genetic factors controlling how the body utilizes and responds to thyroid hormone. Due to genetically programmed differences it is plausible that a portion of the hypothyroid population would require treatment with supplemental T3 (as opposed to  Synthroid or levothyroxine made of the hormone T4) supplied by Armour. In addition, desiccated thyroid contains other hormones which could be important to achieving full clinical benefits of thyroid replacement therapy. Genetic testing is not yet at a point where this could be used to determine who needs the addition of T3.

As far as the AACEâ€™s stated concern about safety of Armour Thyroid, it seems strange that desiccated thyroid which has been in use for 100 years is questioned while the synthetic thyroid preparations available for merely half that time, are not being held to the same safety standards.

I have made a request to the organizers of the yearly national meeting of endocrinologist, to allow presentation of our study on patient preference for Armour Thyroid.  Several weeks have gone by without response to our request, however.  A public campaign will help assure the new information reaches the nationâ€™s endocrinologists. For this purpose please email Sheila Spitola, administrator for the national meeting,  (sspatola@aace.com)   , with the statement,   â€œ I support an open discussion of use of desiccated thyroid in the treatment of hypothyroidism.  The authors of Conversion to Armour Thyroid from Levothyroxine Improved Patient Satisfaction in the Treatment of Hypothyroidism,  should be given the opportunity to present their data at the 2015 national AACE meeting. â€œ