“New is not always better.” This caution seems reasonable when considering the value of the recently approved medications for treatment of Type 2 (adult type) diabetes. Â These drugs include three new classes of medication referred to as GLP-1 analogs, DPP-4 inhibitors and most recently SGLT-2 inhibitors. The focus of this discussion will be the most widely prescribed of the newcomers, the DPP-4 inhibitors.

The first thing consumers will notice about the 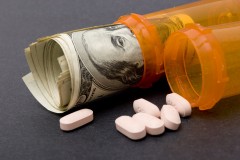 The next thing a consumer will notice is the price tag. At the local pharmacy in Jupiter, Florida the retail prices of a 3 month supply of Januvia, Onglyza or Tradjenta are all about $1100. Â A three month supply of the established generic drug, glipizide, is $9.99 and metformin is between zero and $41.

The new drugs are being heavily promoted by the biggest names in the pharmaceutical industry directly to consumers and to doctors. Merck, Bristol-Myers Squibb, Lilly, AstraZeneca, Boehringer Ingelheim and Takeda are behind the ad campaigns. The success of these promotions has been impressive with the percentage of diabetics receiving treatment with the new drugs rising rapidly. Data Monitor, a company tracking pharmaceutical trends reported in 2014 that DPP4 drugs now dominate the diabetes care market with 40% of sales in dollars, (http://www.datamonitorhealthcare.com/files/2014/07/Sample-package-Type-2-Diabetes-Forecast-3.7.2014.pdf), with Januvia leading the pack.

The rapid expansion of this class of diabetes medication should be an indication of their great advantage over the established generic drugs such as metformin and sulfonylureas (predominantly glipizide, glimepiride, and glyburide). However, as stated by the German Federal Joint Committee the European equivalent of the FDA, Januvia (sitagliptin) and Onglyza (saxagliptin) offered a “hint” of a “minor” additional benefit but not a “proven” benefit. Tradjenta (linagliptin) in the recent past also twice failed to prove its worth to this government agency and was not launched in Germany. Â A DPP4 inhibitor Galvus, (vildagliptin) from Novartis was also found to offer no extra benefit over generic sulfonylureas. The decision by the Federal Joint Committee was part of its first ever retrospective assessment and could lead to a big price cut for Galvus to the level of generic sulfonylureas, or withdrawal from the market. Â (http://www.epgonline.org/news/2013/oct/galvus-novartis-fails-german-g-bareview.cfm#sthash.RyIuup4t.dpuf) .

Although studies organized by the pharmaceutical companies that market the DPP4 agents appear to show equal or superior glucose lowering ability of their products over the established generics, in 2012 the WHO declared available studies showed evidence of Â “serious” bias. Â Â (http://www.who.int/selection_medicines/committees/expert/19/applications/Oralhypoglycemics_18_5_A_R.pdf). Â This should come as no surprise as these studies are designed and administered by the companies that stand most to profit by favorable results.

Few authorities disagree that DPP-4 inhibitors are inferior glucose lower agents compared to the established generic medications. Â The primary measurement of the effectiveness of diabetes medications is their ability to the 90 day average of a personâ€™s blood sugar known as the glycohemoglobin A1c measurement. A glycoA1c of 7% or less is considered the healthy goal although a level of less than 8% is now being advocated for those over 65 years of age. After more than 40 years of observations and numerous scientific studies the glycoA1c lowering achieved with metformin and sulfonylureas is recognized to be about 1.5%. DPP-4 inhibitors lower A1c by 0.4 to 0.7% in most studies. That doctors are willing to have their patient pay so much more for a DDP-4 inhibitor leaves one to admire the persuasiveness of the drug manufacturers.

One way to obscure the lack of effectiveness of a diabetes drug is to create a single pill which combines the weaker medication with a more potent drug, in this case metformin. Â When doctors prescribe the combination pill they see a robust sugar lowering effect but canâ€™t be sure whether it is the metformin or the DPP-4 agent which is responsible for the good result. The consumer is now dependent on a drug such as Janumet, Kombiglyze, Jentadueto, and Kazano costing 100 times more than the generic to achieve almost the same result.

Finally, the issue of medication safety needs to be addressed. When looking for indications of side effects due to a medication, newer medications have an obvious advantage since the appearance of negative outcomes may take years to be recognized. A recent example of this is the diabetes drug Avandia which was approved in 1999 but withdrawn in 2010 when cardiovascular safety concerns surfaced. Â Januvia was the first of the DPP-4’s to reach the public and has only been available since 2006 and the latest drug Nesina, since 2013. In contrast metformin has been prescribed in the U.S. since the 1970’s and sulfonylureas since the 1950’s with the newest agents of this class approved in the 1990’s.

TV commercials teach us that DPP-4 inhibitors can cause a serious inflammation of the pancreas known as pancreatitis. Since diabetics have a higher incidence of pancreatitis the true incidence of drug related pancreatic inflammation is hard to pinpoint but most endocrinologists acknowledge the existence of this medication side effect. Â An increase in hospital admissions for congestive heart failure (fluid on the lungs) with DPP-4 medications has been reported. At present the evidence for this is still being evaluated. The true incidence of side effects with this class of medication may take years to sort out.

Metformin causes frequent but relatively minor gastrointestinal side effects which may limit its use in susceptible individuals. An extremely rare but potentially fatal complication of the drug is lactic acidosis but it is thought that only those with significant kidney or liver disease are susceptible to this. Sulfonylureas can cause weight gain, low blood sugar, and there is some evidence indicating an increase in cardiovascular death with earlier generations of this class but this last and most serious side effect is still debated. Critics of sulfonylureas refer to a possible “burning out” of the insulin production of the pancreas caused by these drugs but scientific evidence of this is lacking. Â Because these drugs work by very effectively increasing insulin production by the pancreas there is a risk of hypoglycemia if a diabetic takes this medication and fails to eat or takes too strong of a dose. Â The treating physician must know their patient before prescribing any medication, and individuals who cannot care for themselves properly are not a good candidate for sulfonylureas due to their potency.

Finally, it must be acknowledged that most Type 2 diabetics will go on to require insulin due to the natural history of the disease resulting in complete loss of insulin production by the pancreas. Of all the treatments, insulin causes the most weight gain and hypoglycemia but is the fail safe choice and extremely effective when used properly. Â We are fortunate to have so many choices for treating diabetes. Â It is universally recommended that those with diabetes work closely with their own physicians to find the most effective, practical, affordable and safe approach to their disease.