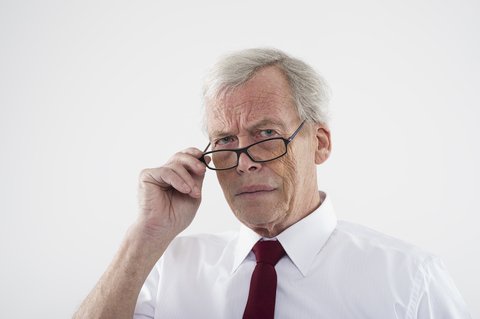 According to government estimates, 4.6% of the US population aged 12 or more has hypothyroidism (low thyroid function). Based on treatment guidelines published in 2012 by the American Association of Clinical Endocrinologists (AACE), only synthetic thyroid hormone (levothyroxine, Synthroid, Levoxyl) is an appropriate therapy for this condition. According to these guidelines, the biologic product Armour Thyroid, is unfit for this treatment purpose. Armour Thyroid, an extract of porcine thyroid, has been available as a treatment for hypothyroidism for about 100 years. It was first used in the U.S. to treat hypothyroidism in 1892, a year after it was introduced into the United Kingdom. The impact of the AACE guidelines is more than symbolic since soon after their publication, Medicare and other major U.S. healthcare providers dropped Armour from their prescription plans. Therefore many Americans now have to pay completely out of pocket if they want to receive Armour Thyroid treatment.
Ironically, only in the past 1 years was Armour investigated by the NIH as a “possible” alternative treatment for hypothyroidism. The outcome of the study published in the prestigious Journal of Endocrinology and Metabolism in 2013 was encouraging. Half the participants in the study preferred Armour to the traditionally used synthetic thyroid hormone treatment. Only 19% preferred the traditional synthetic hormone treatment advocated by the AACE. Our own research presented in 2013 at the American Thyroid Association’s annual meeting revealed that almost 80% of individuals treated for hypothyroidism preferred Armour Thyroid to the synthetic hormone.
Despite these highly encouraging results there seems little chance that Amour Thyroid will gain acceptance by the medical community in the U.S. Here are 6 reasons for this conclusion;
1. Cultural Prejudice. Endocrinologists, in general, pride themselves on their scientific acumen. Endocrinologists have also been referred to as the “accountants of medicine” due to their their preoccupation with precise numeric values representing hormone concentrations. Armour Thyroid is a mixture of thyroid hormones extracted from a pig thyroid and seems primitive and obsolete to this mentality compared to a single pure synthetic thyroid hormone such as levothyroxine and Synthroid. Adding to the cultural prejudice against Armour is the use of this medicine by complementary and alternative medicine (CAM) practitioners who have stepped in to fill the void left by conventional prescribers. Endocrinologists are sometimes called in to correct improper dosing resulting from alternative practices, adding to the negative associations with the drug.
2. Absence of practitioner training. For the past 30 years endocrinologists in training have been taught to avoid the use of Armour Thyroid. Hence, very few, if any, have familiarity with its use. It is a natural tendency not to prescribe medications with which one has no experience. As long as Armour is excluded from physician education, there is little reason to believe that physicians will begin to prescribe it, unless they receive supplemental training.
3. Pharmaceutical industry factors. The manufacturer of Amour Thyroid, Forest Pharmaceuticals, has done little to counter the misinformation and innuendo surrounding this product. Unlike virtually all the other manufacturers of thyroid replacement therapy, Forest does not support medical education or maintain a presence at medical specialty conferences. During a recent shortage of Armour in the U.S., Forest remained opaque. Inquiries to the company regarding when supplies would return to normal were met with a perfunctory statement which left practitioners without guidance. Until recently, the company’s website for Armour implied the medication had weight loss inducing properties, further dissociating it from its proper use. Unlike the synthetic hormone makers, Forest does not maintain a sales force which would traditionally carry the company’s message into the medical community. While the synthetic thyroid hormone sales force form positive relationships with doctors supplying them with information and samples of their medication, no industry support is provided for Armour. Finally in 2010 Forest was required to pay the Federal government a multi-million dollar penalty for improper marketing practices, further muddying the company’s reputation.

4. Lack of Academic Affiliation. Until 30 to 40 years ago much of endocrine research in the U.S. was funded by the Federal Government. Federal support has been replaced by pharmaceutical industry money. Forest Pharmaceuticals is relatively poor by this industry’s standards and as far as is known to this author, there is no funding to conduct studies that will give credibility to Armour Thyroid use. Only by funding from the Federal government was a recent study using Armour Thyroid possible. Despite the very encouraging outcome of this study, without industry support no publicity was generated in the medical or public sectors. The endocrine world remains stubbornly unimpressed, if not dismissive of the results. The only other study on the subject which has been funded privately by the researcher has been dismissed by established endocrinology publications.
5. Career Forces. The thought leaders of the endocrine community for the past decades have been either thyroid or diabetes researchers. Of the thyroid researchers, many have maintained close relations with the companies which manufacture synthetic thyroid hormone. A great deal of thyroid research during the past decades has been funded by these companies. As a result, for 30 years many of the leaders of endocrine policy have praised synthetic thyroid hormone and disparaged Armour and related biologic products. After all these years it would be almost inconceivable for these leaders to lose credibility among their peers by acknowledging they were wrong. In 2012 the main organization of practicing endocrinologists (AACE) produced guidelines for treatment of hypothyroidism and the opinion leaders on this committee unanimously declared Armour thyroid unfit to be used in clinical practice. This unanimous and strident opinion against Armour use was generated despite an acknowledgement by the committee that the scientific support for their opinion was weak.
6. Misinformation. Until about 1980 Armour thyroid still comprised a significant portion of prescriptions for treatment of hypothyroidism by physicians in the U.S. At about that time a study was published in the influential Journal of the American Medical Association revealing major variations in the hormone content of generic varieties of Armour thyroid. In that study the brand Armour itself was recognized as possessing consistent potency and was used as a reference standard by which to judge the generics. Over time the actual details of the study were lost and the general misinformed opinion developed that Armour was unreliable due to variability in the potency of its preparation, the opposite of the original study’s conclusions. Another inaccuracy which has become entrenched is that the hormone content of T3, the most potent of the thyroid hormones, is so much higher in Armour than the normal thyroid, that it poses a danger. Unless misused there is no proof of any harm to patients using Armour as evidenced in the recent NIH sponsored study. Furthermore, the original investigations into the amount of T3 hormone entering the human circulation from the thyroid acknowledge the lack of precision of the techniques used, so it remains unclear to what degree Armour is out of proportion to the normal thyroid hormone environment.

It is unprecedented that a 50% to 80% preference for a medical treatment compared to 19% for the competing therapy, is irrelevant to prescribers. Consumers’ preference is clearly being ignored in favor of an institutional form of denial. Without strong public support for revoking the AACE practice guidelines for treatment of hypothyroidism, the mindset of physicians in the U.S. is very unlikely to change. If you would like to help, please email Dr. R. Mack Harrell, the new President of the AACE, VSkelly@aace.com , with the statement, “We respectfully demand better options for treatment of hypothyroidism. I support my doctor’s ability to prescribe Armour Thyroid. Repeal AACE recommendation 22.4. ” – See more at: https://www.metabolism.com/2014/05/20/pharmacy-labels-armour-thyroid-illegal-and-issues-therapeutic-warning/#more-21352