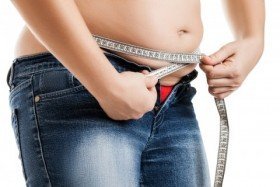 The recently published TODAY study found obesity related type-2 diabetes mellitus (T2DM) is more severe as a teen than as an adult, and high risk of developing diabetes could be tied to weight gain at an early age.

Between 2004 and 2009 the “Treatment Options for Type 2 Diabetes in Youth Study Group” (TODAY) gathered 700 participants who met the American Diabetes Association’s criteria for this disease.  The participants were monitored for between two to six years.  TODAY’s goal was to assess treatment options and the clinical progression of obesity related T2DM in youth.  The mean age of the 700 participants in the TODAY study was thirteen, the majority being female. Sixty percent of the 700 participants were African American or Hispanic, with the remainder being Caucasian. The mean duration of diabetes for the study’s’ participants was less than seven months. A major worrisome finding from the study is a majority of participants were also discovered to have dyslipidemia, an abnormally high amount of fats (cholesterol, triglycerides) in the blood, as well as high blood pressure (hypertension).

Many experts in the endocrine and diabetes fields believe that the onset of T2DM is more aggressive in youth than in adults.  This is because the insulin making cells, the beta-cells, are damaged at a faster rate in youth compared to adults.  Deterioration of beta cell function in youth was approximately four times greater than seen in adults with T2DM. Specifically during the study, there was a 20-35% decline in beta cell function for youths compared to a 7-11% increase in adults.

The TODAY study also found that children and adolescents with T2DM have a higher rate of progression of complications associated with their disease. For example, youths were found to have early signs of heart, kidney, and eye disease. After four years, the rate of kidney disease rose from 6.3% to 16.6% in youth which is much more rapid than in adults.

Unfortunately, the majority of drugs used to treat diabetic adults have not been studied enough in children and teens to be approved by the Food and Drug Administration. The most widely used of the diabetes pills used in adults, metformin, when used in youth, becomes rapidly ineffective with 50% eventually going on to insulin injections when the metformin no longer can control the disease. Surprisingly when the young diabetics were taking metformin together with rosiglitazone (Avandia), the need to go on insulin was reduced by 25%. The researchers believe this benefit is due to rosiglitazone’s ability to preserve beta cell function. Making matters more complicated is the controversy over Avandia’s association with heart attacks and stroke in adults. Restrictions on Avandia’s use have only just been lifted after years of uncertainty about its safety.

The organizers of the TODAY study concluded that it is vitally important to diagnose diabetes in children as early as possible. Pediatricians cannot presently detect the primary defect at an early stage in youth because of the difficulty in measuring loss of beta-cell function. A simple, inexpensive test for this early biomarker does not exist. A study called “Restoring Insulin Secretion (RISE)” hopes to find metabolic markers early on so that they can monitor the progression to T2 DM more accurately.

For example, if a twenty seven year old man with a BMI of 30 kg/m2 gains eight BMI units between the ages of 15 and 20 (fifty pounds for someone 5 foot 8 inches tall), he is at a significantly greater risk for diabetes than if the increase of the same amount of weight occurred when he was just 5 to7 years older.

Due to the rapid rise in the rate of obesity in children, adolescents and young adults, experts are predicting that T2DM and its attendant complications of kidney, eye and heart disease will rise accordingly unless a substantial change in eating and exercise habits can be accomplished. Optimism is low as these trends are more likely to accelerate rather than reverse with increasing dependence on technology and lack of innovation in nutrition techniques.